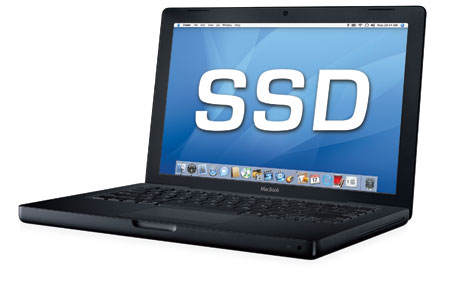 Flash memory has come a long way these past few years, allowing us to sport multi-gigabyte portable music players without having to worry about moving parts and stunted battery life. While Samsung announced that they would be releasing some UMPCs and notebooks sporting NAND solid state drives (SSD) a couple of weeks ago, they are going to be some uber pricey pieces. Well, big glossy player Apple wants a big piece of this flash memory computer pie as well.

As such, the electronics giant is said to be working on some ultra-portable notebooks equipped with NAND memory only. No hard disk drives, whatsoever. According to UBS, these next generation MacBooks could even make an appearance as early as MacWorld 2007 in January.

The result? Faster start up times, extended battery life, cooler running temperatures… the list goes on. And unlike the Samsung pieces, these NAND-based MacBooks might actually be “reasonably priced.”