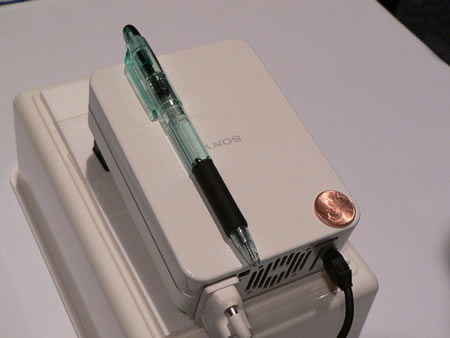 This isn’t the first time we have seen a company create the world’s smallest LED projector, and it won’t be the last. This time, the innovator is Sony. It uses RGB LED light sources and adds two unique innovations to manage the small size. First, it uses three transmissive LCDS as display devices and a prism for synthesizing light beams from those devices, but couples them together into a unitary component. Second, they have found a way to reduce the distance between those display devices and the LEDs. A total of 14 LEDs are used – four red, four blue and six green.

The whole device has a volume of just 410 cubic centimeters, and has a surface size roughly equivalent to two business cards, and a length shorter than a pen. Tiny, in other words. Sony has yet to put a price or release date, or even, seemingly , a name, on this little wonder yet.