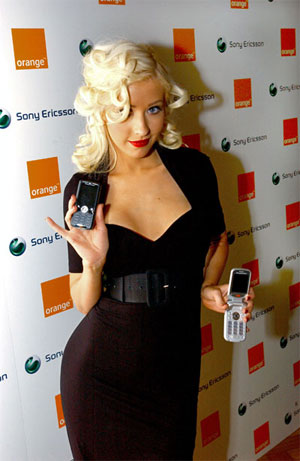 I don’t know if this is an incentive or a punishment, but Orange customers will be able to download Christina Aguilera’s new video and single from the Orange website before anyone else can. That because of the sponsorship deal that Aguilera signed with Orange and Sony Ericsson. The track is called ‘Ain’t no other man’, and Orange customers can download it for two weeks before the public has to/gets to listen to it, starting June 14th. The video clip will hit the site on June 20th, and will have four weeks of exclusive access. No word on what Christina does in the video, but chances are that she isn’t wearing much while she does it. Aguilera will also be offering a number of private concerts for Orange customers over the summer.

The deal is another step in the close cooperation between Sony Ericsson and Orange. Orange has first right of refusal on all Walkman phones as part of the deal.