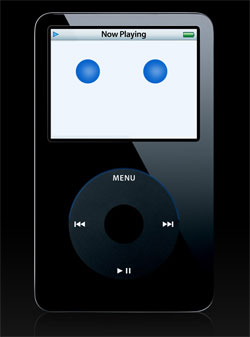 It seems hard to believe, but an IMS Research study has concluded that Apple’s complete dominance of the portable media player market is destined to be both temporary and regional. They peg their conclusion largely on the fact that, though iPod shipments have exploded from 1.5 million in 2003 to 32 million in 2005, Apple’s global market share has grown at a far smaller rate – from 23% in 2004 to 27% in 2005. Another factor is that the iPod dominates the HDD market, shipping more than three quarters of all units sold, but that segment is expected to grow by less than 10% per year for the next five years. Flash based units sales will grow much faster. Apple leads that segment, too, but with just 15% of the global market.

Low cost players, increasing competition as more companies try to get a piece of the market, and the emergence and growth of music phones are all threats for Apple. In every country surveyed except the U.S., users expected their phones to replace their digital music players.