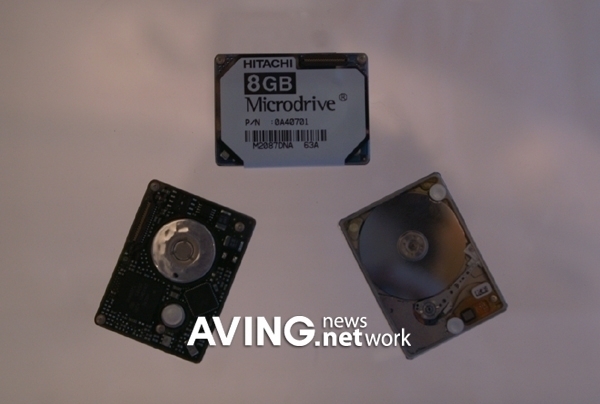 HTC isn’t the only company out there than can come up with some rather strange names for their devices. Hitachi says that they can do it too, that’s why the electronics maker’s new Microdrive is being thrown around the Computex 2006 show as “Mikey.”

Available in both 6 gigabyte and 8 gigabyte varieties, the 3K8 “Mikey” Microdrive packs in some hefty storage in a rather small package. They’re claiming that it has the “smallest footprint and lightest weight.” Despite not being flash-based, Hitachi’s “Mikey” Microdrive is said to have “lower power consumption” and sports 100% shock improvement, whatever that means. But hey, the company is proving that you don’t need to take the flash route in order to pack plenty of storage in a confined space.

No word on pricing or availability just yet, but you can expect Hitachi’s portable storage solution to show up in a device or two some time in the future, rocking “parallel ATA, CE-ATA, or ATA on MMC interface.”