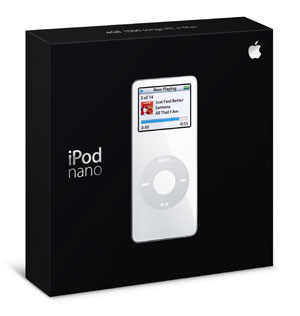 A report in the British newspaper the Mail on Sunday claims to have uncovered evidence that the people who work in Chinese factories making iPods do that work for long hours and low pay. The story further used the word “slave” to describe the working conditions of these factories.

For its part, Apple says it is investigating the claims, including that the factory employees live in dorms that house 100 people and that they have no contact with the outside world.

“Apple is committed to ensuring that working conditions in our supply chain are safe, workers are treated with respect and dignity, and manufacturing processes are environmentally responsible,” the company said.

The runaway success of the iPod has made Apple a target in recent years, of both lawsuits and of charges of unfair practices. This is the latest claim that all is not rosy in the iPod pipeline.

If you have an iPod of your own or have access to one owned by a friend, you’ll see the accompanying text “Designed in California. Made in China.” You probably didn’t give that a second thought. Maybe you still don’t. After all, Apple is just one of a large handful of companies—tech companies especially—that have outsourced their labor to China to save on costs. Perhaps this is one reason why.

Whatever the outcome of the investigation, it is highly unlikely that the iPods will not continue to come churning out of China. After all, demand is still high, Apple cornering some two-thirds or more of the portable MP3 player market. All that supply has to come from somewhere, and American workers would have to be paid a decent wage and given things like health benefits and 401k plans. We’re not saying that this is not the case in the Chinese factories referenced, although it is highly unlikely. Rather, the working conditions are likely at least a degree or two less hospitable than would be found in a similar environment here in the U.S.—otherwise, those iPods would be being made right here in America.