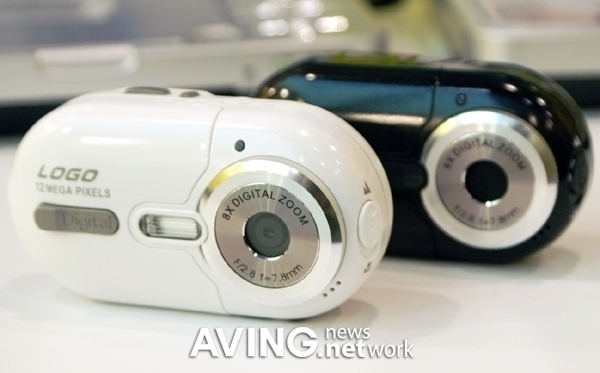 Don’t let the form factor fool you, the latest offering from Han Shing Technology is not the latest sliding cell phone. It’s just a camera, not a cameraphone. While they’re quick to point out that this camera can do an incredible 12.0 megapixels, in truth, it only packs a 3.1 megapixel sensor, with images interpolated to the higher resolution. Unfortunately, by the looks of things, they haven’t included an adequate optical zoom lens to accompany, opting for 8x digital zoom (bleh) instead.

The HS-DV338A, better known simply as the Handster, can also do MPEG-4 video recording with the best of them, but we don’t know at what resolution, at what framerate, and whether there is restriction on length. Strangely, there are 32 megabytes of flash memory built right in, but there doesn’t appear to be any expansion slot of any kind.

Powered by a pair of AAA batteries and rocking a 2.0-inch LTPS-TFT LCD display, the Handster from Han Shing is being demonstrated at Computex 2006 in Taipei, Taiwan in both glossy white and glossy black flavours.