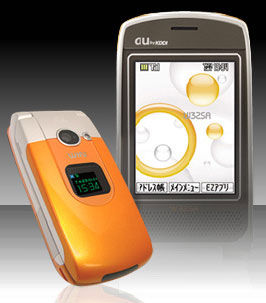 Give Sanyo a little bit of credit. At least they’re owning up to problems that their cell phones have, rather than trying to sweep the issue under the carpet. It appears that half a million of the company’s W32SA flip phone are having some battery issues, or rather, the phones are malfunctioning in such a way that the cells never get fully charged. This handset is currently being offered through KDDI as part of their au service.

No big deal, right? All it means is that you have to plug the ol’ thing into the wall a little more often than you’d like to, right? However, the problem isn’t quite so simple. Not only do the W32SA clamshells not fully charge, but they have received reports of the batteries cracking and becoming “deformed.” Ugh.

They’re saying that there is nothing wrong with the hardware itself, and it is simply a software issue. Fear not, my readers in Japan, because KDDI will very gladly re-flash your phone (“repair”) free of charge at any KDDI retail store. Don’t wait for a lazy Sunday afternoon… do it now, before the deformities lead to other problems.