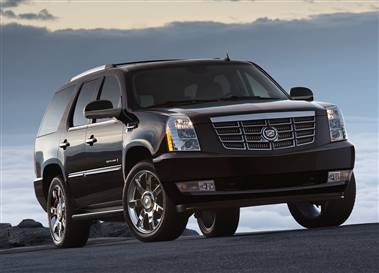 If you drive around in a Cadillac Escalade you might not want to get too attached to it, because it is more likely to be stolen than any other car. The massive ride has claimed that dubious crown for the fourth straight year in a study based on insurance theft claims. It’s not that it’s particularly easy to steal (though it obviously isn’t very difficult). The appeal is the cool pop culture image and the broad appeal, with everyone from rap stars and actors to football players making it their vehicle of choice.

Following the Escalade on the list is, somewhat surprisingly, the Mitsubishi Lancer Evolution and the Dodge Ram 1500 quad cab pickup. The cars are measured in thefts per 1,000 vehicles insured. The Escalade has 13.2, compared to 11.9 for the Lancer. If you don’t want to lose your wheels, you’ll want to get a Ford Taurus, because no one wants to steal them. Just 0.3 per 1,000 were reported stolen, probably because the theives had no other choice.