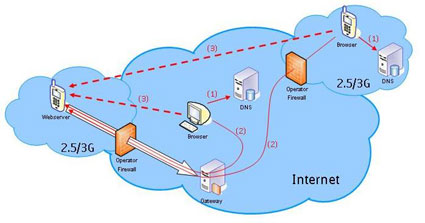 Nokia has been aggressively working for a while now on creating a mobile web server under a project code named Raccoon. The Finnish company has gone a major step further now, though, by releasing the server source code. It will be available under an open source license via the SourceForge website. This version of Apache was originally designed for the Nokia 6630, but it should work for any phone running S60 2nd Edition Feature Pack 2.

Clearly the company is interested in speeding the pace of development and changing the internet. How serious are they about it? Pretty serious – “If every mobile phone or even every smartphone initially is equipped with a webserver, then very quickly most websites will reside on mobile phones.” Since today’s mobile phones have as much or more processing power than the early internet servers, the move makes sense as a long term vision. There is some work to do before they take over the world, though – a gateway can only handle between 100 and 1,000 users at a time now.