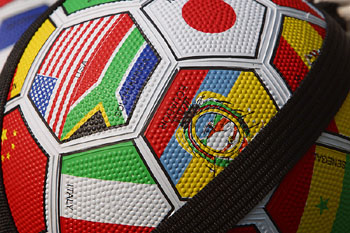 Live TV isn’t good enough anymore, at least for World Cup viewers. The football tournament that will be sweeping the world for a month beginning on Friday has been the focus lately of some intense security measures and a whole lot of speculation on just who will win. We’ve also seen some fascinating innovations of late (including one very similar release involving live mobile TV.)

The latest in take-it-with-you technology is on-demand streaming video for mobile devices, powered by a collaboration between Hauppauge Computer Works and Orb Networks. The nifty trick here is that you tune your Web-enabled mobile device to receive a signal from your home PC. You can watch live or download for later viewing. You can even schedule future downloads from the handheld.

The hardware and software are available now, with software available via download and installed in WinTV-PVR products that you can buy. It probably goes without saying that your PC has to be running Windows, specifically the XP OS. You will also need a media player, although RealPlayer or 3gp player will work in addition to Windows Media Player.

The hype is all for the World Cup, but you’ll have the functionality long after the last goal has been scored.