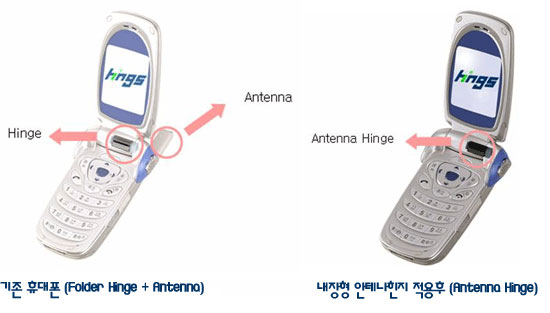 Any clamshell phone is going to have a hinge in it anyway, so a Korean company has come up with a good idea – they’ve put an antenna in the hinge. Hings, is the start-up company which has accomplished this seemingly simple task for the first time. The problem has been that the metal housing of the hinge blocks the signal for the phone. Hings has come up with two different types of designs – a nude-type design which features no casing, and another design with a plastic casing. Both of the designs are as effective as an external antenna when it comes to sending and receiving messages.

The design obviously cuts down on the size of phones, and Hings claims that it will also decrease costs. The company is pursuing both domestic and international patents for their concept. If it works as advertised, you have to imagine that it will show up in a lot of phones quickly.