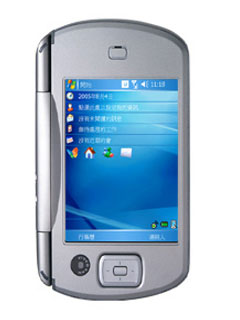 With names like the Wizard, Muse, and Hermes, it’s hard not to like the hot smartphones that HTC pumps out every year. While we never actually see these products in the marketplace adorning the creative namesakes, it’s unmistakable that they are HTC products, whether they are branded the T-Mobile MDA or otherwise. The Taiwanese manufacturer, however, wants to get that much closer to their loving public, because they have just announced that they will be purchasing at least a 51% share of Dopod, one of the many companies that sport HTC products.

HTC already has a commanding share in Qtek, another brand that rocks HTC handhelds, and now by adding another well-known name (at least in certain parts of the world), HTC is positioning itself to better serve the public. They can now hear first hand what customers want in a Windows Mobile device, be it additional memory, larger screens, or extra functionality.

This transaction “will not surpass $150 million”, but could be trouble for companies like i-mate who already have a partnership with HTC. After all, it’ll be harder to compete against nearly identical products from Dopod when HTC will surely give some sort of advantage to the latter.