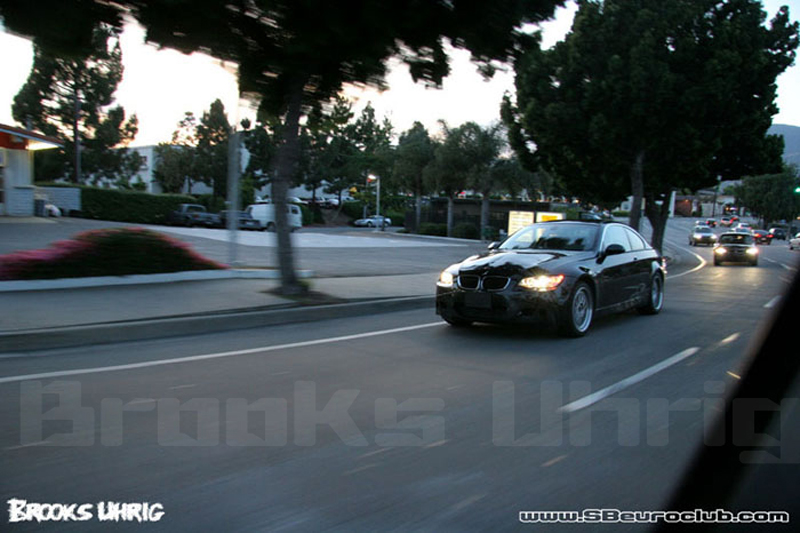 BMW prides itself in being the company that provides the “ultimate driving experience”, and it doesn’t take much to see that it’s the M line that fulfills that mantra. Easily the most recognizable (and most “affordable”) car in that line is the M3, based on the 3-series coupe. Everyone is already gearing up for the 2007/2008 BMW M3 coupe, and we were lucky enough to come across these spy shots of the prototype making its rounds in Santa Barbara.

Earlier on in the development cycle, we probably would have caught a glimpse of this car going for a test drive with many of its key features covered up as to maintain secrecy. Well, these pictures taken by Brooks Uhrig of the SB Euro Club discussion forums capture the M3 with virtually no cover-up.

On the outside, you’ll notice that the M3 has much larger fender flares than its everyday 3-series brethren, as well as having quad tail pipes. According to Leftlane News, the front, side, and rear skirts are placeholders, so expect a couple of changes before this V8-powered 400hp car hits the road late this year or early next year.