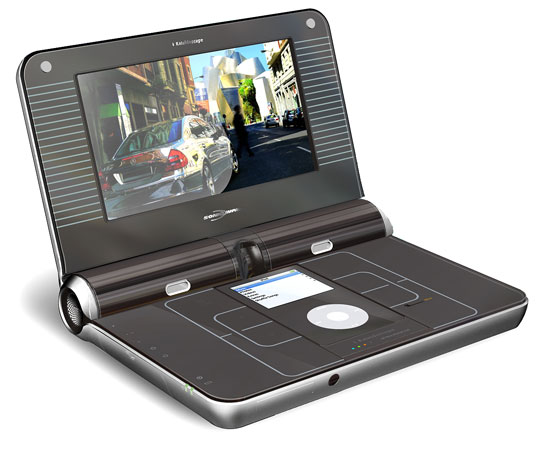 If you’re tired of waiting for Apple to come out with a new iPod with a bigger screen for watching videos, you can take matters into your own hands with the new Sonic Impact K1. In a relatively compact package, the Impact K1 takes your fifth generation iPod and gives it a wide screen 7 inch display. It has a folding design like a typical portable DVD player, and built in speakers make it as nice to listen to as it must be to watch. A touch screen interface appears to make navigation and control that much easier, too.

When you are tired of watching on the bigger screen, you can pop out your iPod and hit the road. It’s like two devices in one – the size of an iPod with a bigger screen. It costs a bit less than a second iPod, too – the estimated price will be about $300.