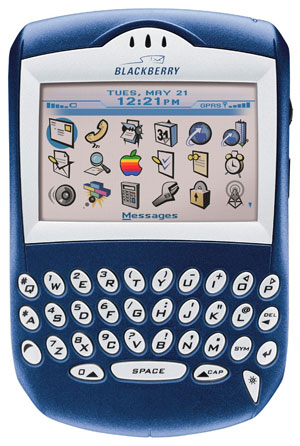 What would a day be without an Apple rumor? Today it’s a new marriage for the beloved iPod. Largely unfounded, but widespread, speculation points towards a combining of efforts between Apple and RIM, the makers of BlackBerry, to create a device that merges the BlackBerry and the iPod – an AppleBerry, if you will. The idea came into the public eye as a result of a note from a financial analyst. He suggested that the combination was logical because it allowed both companies to access something that they have failed to grab hold of to date. RIM is huge in the business sector, but has yet to make a splash in consumer electronics. The iPod obviously has that sector under control, but Apple has no profile in anything to do with wireless. A new device, whether it’s an iPod phone with BlackBerry technology or a BlackBerry with iTunes, would be more advanced in the market that either company could manage alone. It would especially be attractive to RIM as it would help them in their growing battle against Microsoft in the push e-mail arena.

It makes good sense, but neither company has responded to requests to confirm or deny, so nothing may come of it all.