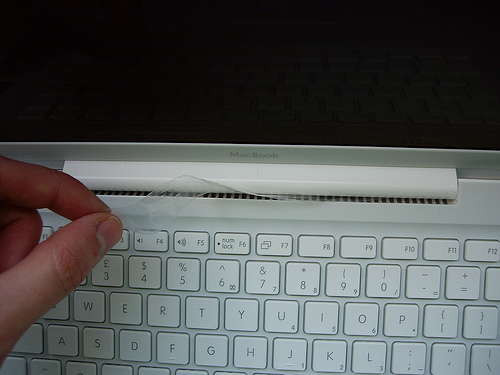 In somewhat typical PR speak, the good people at Apple are responding to complaints from their customers regarding a recent onslaught of overheating MacBooks, but they’re not exactly apologizing for any problems this may have caused.

As you probably heard last week or so, some MacBooks left the factory with their back vents covered by a small plastic film. This caused the MacBooks to “appear to be running too warm.” Some bloggers went so far as to say that their treasured new laptops were overheating, with the fan running consistently (hence draining the battery) and “heat emanating from the top and/or bottom of the computer.”

Well, we all know that the solution is simple: “check the rear vent of the MacBook to make sure it’s not blocked… If your MacBook has the plastic still over the vent, simply remove and discard it.” I guess it’s a good thing we’re all connected to the blogosphere, otherwise there would far too many trying to figure out why the MacBook was “a little warm.”