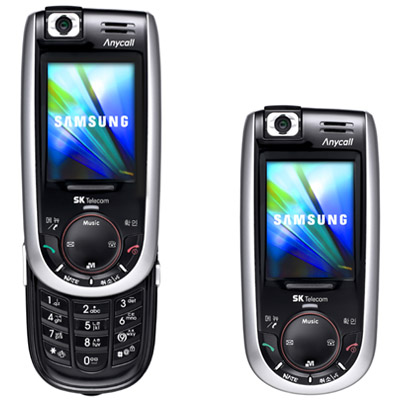 The Nintendo Wii isn’t the only motion sensing game in town. Sony has already announced that they will be integrating some form of the technology in their next-generation PlayStation 3 controllers, but even before they hit the shelves in November, you can enjoy motion sensing goodness in a cell phone. A video has recently been released of the Samsung SCH-S310 announced last year, showing how the phone reacts to your movements.

The demonstration is fairly basic, as it only includes a simple dice application wherein the user gives the phone a good shake and the dice reacts accordingly. Samsung is claiming another “world’s first” for the S310, saying that this phone is the first to include “movement recognition.” They’re reporting that the handset can calculate spatial movement in 3 dimensions, as well as the speed of the movement.

Imagine performing text entry with this thing, writing in the air, or the possible video game applications. Outside of the motion sensing, the Samsung SCH-S310 also features a 1.3 megapixel camera, GPS, and an integrated music player.