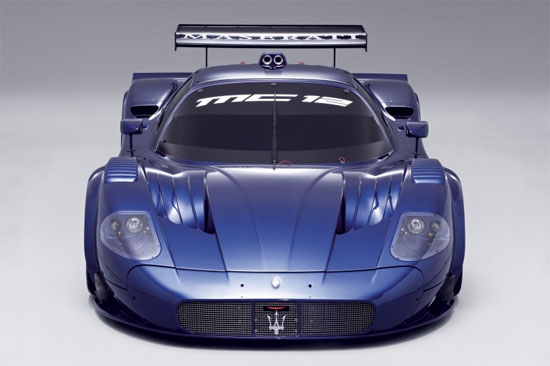 If you thought that the Bugatti Veyron was the only supercar on the block that could demand a seven figure price tag, think again. Maserati has always been a leader in the ultra high-end automobile market, and their latest offering, the MC12 Corsa, just may be more drool-worthy than anything they’ve ever launched before.

Weighing in at 2535 pounds, the MC12 Corsa packs a 755 hp V12 engine (not quite as powerful as the 1001hp Veyron, but who’s counting?) with peak performance being found at 8000rpm. The chassis is carbon fiber monocoque, and the transmission is of the Cambiocora variety.

This “Blue Victory” car is far from being a daily driver, but you’ve got $1.2 million sitting around, you surely will not be disappointed with this beast of a supercar. That said, they have capped production at only 12 units worldwide (to be used during private track sessions only), so this vehicle will be incredibly exclusive when it goes on sale next year.