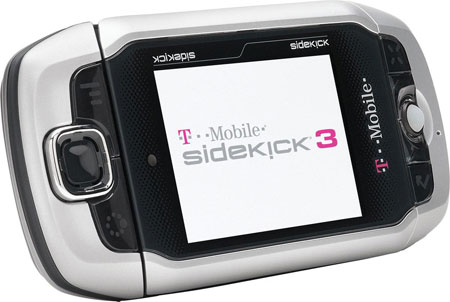 Sick of all the hype buzzing around the eventual and inevitable arrival of the Sidekick III? Same here. Rumors of release dates ranging from late last year to late this year have been bouncing around for a long time now, but a new one seems to have at least a little bit of credibility. Several ‘reliable leads’ appear to be pointing to a launch party for the Sidekick III taking place on June 20th, followed by a release to the general public on June 26th.

If that date proves to be accurate then we should soon start hearing more information; like a firm price and details of incentives (like the trade-in program for the Sidekick II that some providers offered) soon. You can also bet that the launch party will be an affair full of glitz, glamour, and more rap stars than you can imagine.