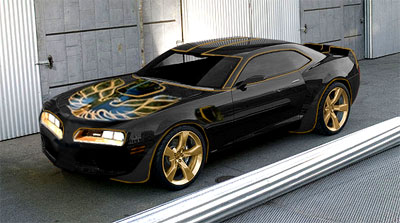 General Motors forms a giant umbrella of different brands, and each name is meant to convey a certain message, or rather, appeal to a certain demographic. Pontiac was once the performance minded division, but many industry pundits have found that GM may have lost its drive in recent years, putting out “understeering, generic-looking, front-drive blandmobiles.”

According to Automotive News, however, the crew over at General Motors are ready to hype up the Pontiac brand again, catering to a crowd with high-end performance preferences. In fact, word is that they’re switching to rear-wheel-drive ONLY. The only RWD vehicles in its current lineup are the GTO (which appears to be coming to an end of its run) and the recently released Pontiac Solstice. The later has made a big splash (as has its cousin, the Saturn Sky), and they hope to continue that trend with a few new additions.

In the works is an updated (possibly rear-wheel-drive) version of the Grand Prix sedan, but more interestingly, rumours are floating around that they’re doing a Camaro-based GTO and maybe even a Firebird. The age of the muscle car may be back in full swing.