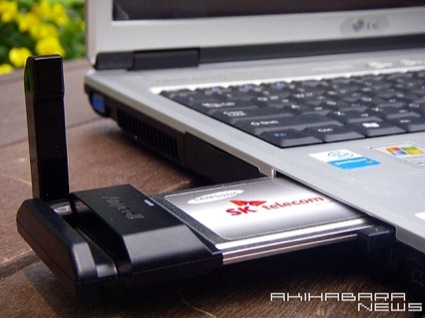 I’ve pretty much come to terms with the fact that South Korea is way, way ahead of us in terms of technology, but it still gets a bit depressing every time I see what they have come up with next. The latest offering from SK Telecom and Samsung hints at some interesting competition that will escalate in Korea over the next year and beyond.

The two companies have revealed a new PCMCIA card which provides supports for EV-DO along with HSDPA, which SK Telecom has just started to make available in Korea. Nothing surprising there. What is interesting is that the card also has WiBro support. Korean Telecom is about to go live with their WiBro service, but WiBro and HSDPA have nearly identical speeds and target the same basic markets, so it wasn’t thought that SK Telecom would be in any hurry to enter that market quickly. They have a pilot ongoing and a commercial offering due next month, but this card, which will be available next month as well, may indicate that the company will be competing against KT more aggressively on this front. 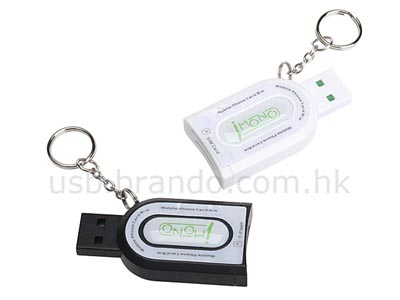 Business Card Scanner For Your Pocket