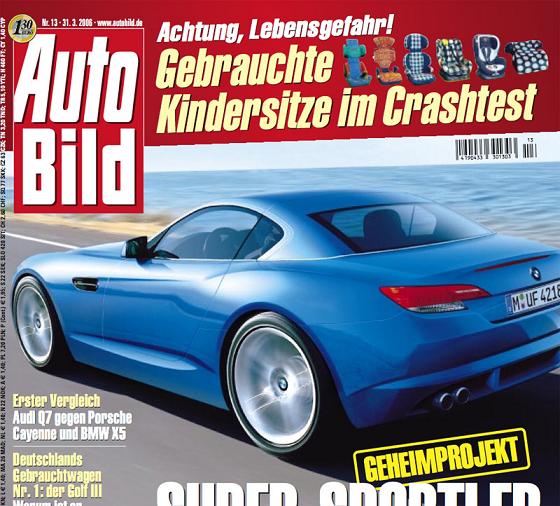 The battle on the German stretch of the autobahn is about to get that much hotter, x BMW has its eyes set on blowing the Mercedes SL out of the water with their all-new Z6 coupe. Designed to fill the void left by the dearly departed Z8, the Z6 will weigh south of 3300 pounds, which is a full 550 pounds less than Mercedes SL class. The weight reduction is, in part, the result of using feather-like exotic materials, including magnesium and carbon fiber.

The engine will be more efficient than that found in the old Z8, though they haven’t indicated exactly how large or how powerful this new powerplant will be. What we do know is that they ditched the idea of housing the engine behind the cockpit, opting rather for a front-engine layout. The roof on the Z6 appears similar to that found on the Mercedes SL with a retractable hardtop.

The Z6 is expected to be priced less than the $130,000 Z8. There is also a rumour floating around of a more entry-level Z2, in addition to the already available Z4 coupe.