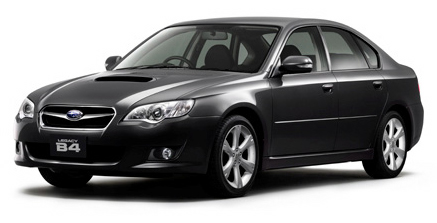 While the Impreza STi may be on the company’s flagship vehicles, the Legacy still makes up a substantial portion of Subaru’s sales, because it gives more than adequate performance in a more family-friendly package. The Fuji Heavy Industries-run automaker recently unveiled a couple of redesigns to the Legacy, including both the sedan and wagon versions.

These fresh looks seem to be Japan-only, at least for the time being, and are designed to differentiate the Legacy Station Wagon (especially) from the once nearly-identical Outback. They haven’t released the exact details regarding changes to the engine, but they do mention less restricted airflow and improved combustion efficiency. What this could translate to is both better fuel economy and better performance out of the 2.0L turbo-four and 3.0L six-cylinder.

On the inside, potential buyers will notice a retooled version of Subaru’s Intelligent Drive System (SI-DRIVE), allowing them to choose between three different engine modes — Intelligent, Sport, and Sport Sharp — resulting in different driving experiences. The Intelligent Mode is said to improve fuel economy by 10 percent.