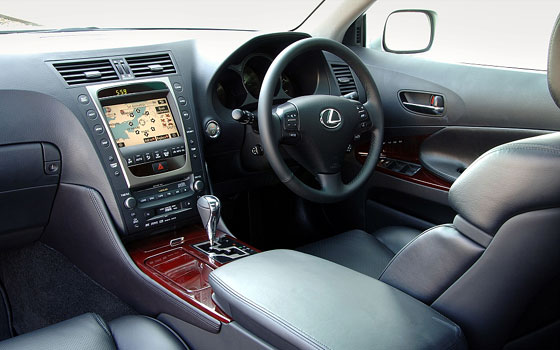 From the same people that brought you the hugely popular Toyota Prius, easily one of the most recognizable hybrid vehicles on the market, comes the Lexus GS450h. Just as the RX400h brought the Hybrid Synergy Drive to the luxury SUV market, the Japanese engineers are hoping that the GS450h can make just as big a splash in the luxury sedan segment as well.

Now available for sale, the Lexus GS450h is the world’s first rear-wheel-drive sedan to feature hybrid technology, according to Top Gear. No performance was sacrificed in order to achieve the excellent fuel economy, reportedly 35.8 miles per gallon. Quite the contrary, it seems, because this saloon can rocket up to 62mph from a standstill in a mere 5.9 seconds, with a top speed of around 155mph.

My math may not be as good as it used to be, but something seems to be missing from the equation when they say that the 292hp V8 is combined with a 197hp electric motor for a combined 341hp. But hey, I’m no engineer.

With a continuously variable transmission and three trim levels, the GS450h starts at around $71,000 USD.