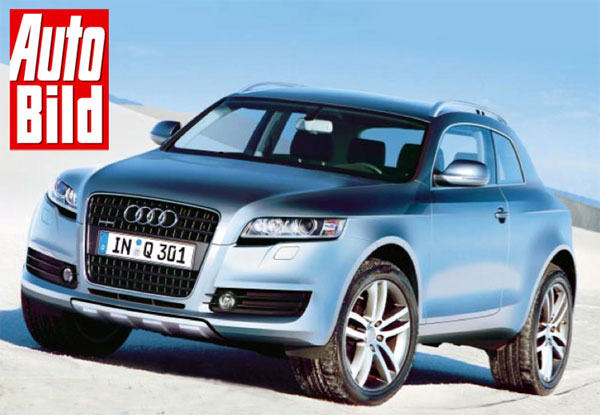 Volkwagen already has the Touareg to capture the higher end of the sport utility market, but for people interested in the frills associated with a luxury model in a smaller package, it seems that the German automaker is working on the Audi Q3. The new compact crossover (or SUV; the two seem to have melded together into one these days) is still a rumour at this point, but based on this artist’s rendering, it seems fully within the realm of reason.

Unfortunately, as it seems like only a two-door model, they may have a hard time selling the sport out here in North America. That said, the new Toyota FJ Cruiser slipped in a couple of rear suicide doors, so it doesn’t seem that far fetched that VW/Audi would do the same for the Q3.

For a full four doors, you need to look no further than the Q3’s bigger brother, the Q5 crossover that is reportedly set for a 2008 model year release.