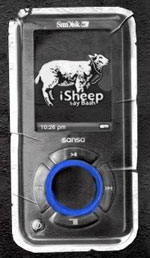 Every manufacturer that makes MP3 players hates Apple and their iPod for their insurmountable market dominance and their smugness, but SanDisk has taken the most direct approach yet when it comes to voicing their displeasure. Their new anti-iPod guerilla marking campaign is called “iDon’t” and it strives to convince people that iPods are unoriginal, and you are a follower (or sheep, goat and anything else that can be herded) if you use one. It is centered around a website which includes links to prominent anti-iPod websites and will let you download screen savers and posters with themes like iSheep, iChimp and iPuppet. It incites you to rise up against the iTatorship. SanDisk has also hired foot soldiers at university campuses to spread their word.

Instead of being an iClone, SanDisk wants you to buy their Sansa e200 player, which coincidentally, looks like an iClone in itself. SanDisk only entered the MP3 segment last year, but is already the number two seller (though by a huge distance) behind Apple. The obvious question, though, is how original and non-follower like are we being if we go out and buy what they tell us to buy. 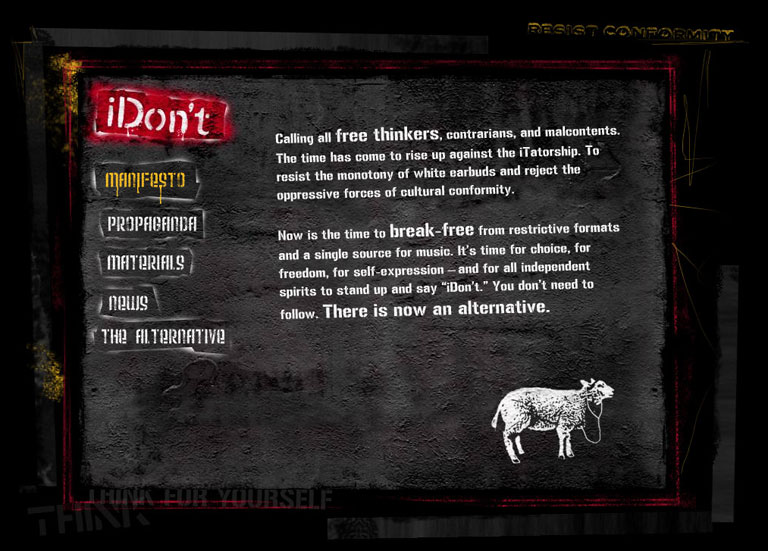