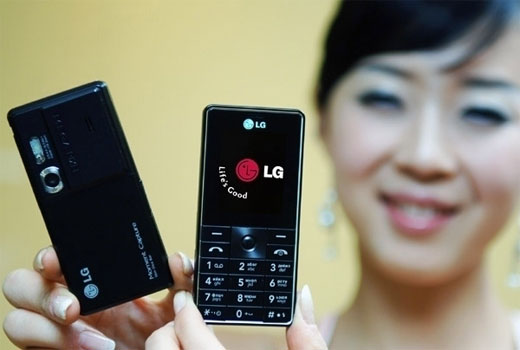 Samsung isn’t the only company hell-bent on all things slim. The company’s primary rival in their home Korea has already headed into that territory and wants a stake of the biggest slice in the market pie. Skinnier than the hugely popular iTunes-capable Motorola SLVR L7 by a full 1.6mm (that’s a lot, you know), the LG KG320 is pretty darn slim at a mere 9.9mm. Not only that, but based on the picture, it doesn’t have that large of a footprint either.

You’ll notice that it has an integrated 1.3 megapixel camera for some better-than-VGA goodness. For you music and movie junkies, you’ll be glad to hear that the KG320 has full support for MP3, MPEG, and AAC file formats, and that there is a better than average 128 megabytes worth of internal flash memory at your disposal, though I can’t seem to find any mention of an expansion slot.

Chances are that this is yet another Korea-only release, so keep drooling.