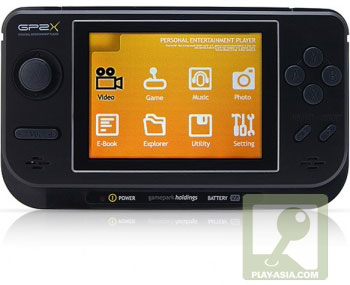 If you’ve never heard of the GP2X handheld, I can forgive you, because most conventional video game players are too caught up in either the Nintendo DS (Lite) or the Sony PlayStation Portable. However, homebrew enthusiasts are probably all too familiar with the portable emulator. There is now an upgraded version available on the market, called the GP2X MK2 (no relation to the blood and gore-filled fighter from Midway).

There really isn’t much that sets this apart from the previous generation, other than a larger “more grippy” joystick (slipping sucks, you know) and a pre-attached screen cover (a scratched up display isn’t exactly the most fun to look at). It also comes with the new V2 firmware and a couple of game demos (Vektar and Payback), but you could always download those yourself anyways onto the older version of the GP2X.

For those of you who are already rocking the GP2X, I don’t think you should bother picking up the MK2 for about $170, but hey, it will be a great addition to your Gizmondo and N-Gage.