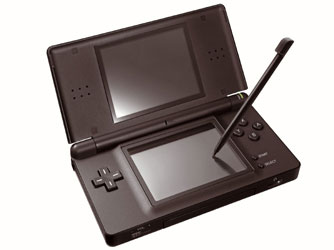 Here’s a complete 180 on what usually occurs in the video gaming world. Europe typically gets the short end of the stick when it comes to the latest gear, but not this time, because Nintendo is finally showing some love to the people of the E.U. (and surrounding areas, I suppose). While North America will soon be getting its hands on a white version of the Nintendo DS Lite, Europe is going to be treated to a piano black version of the updated dual-screened wonder.

Of course, on a pure feature / function standpoint, there is no difference between the two gaming units, but for the trendy chic, a glossy black electronic is a heck of a lot cooler than a so-yesterday white version. Just think about the iPod, and you’ll understand why glossy white just isn’t as nifty anymore.

There is a trade-off however. The United States and Canada will get their hands on the white DS Lite on June 11th, but for you Europeans, you’ll have to wait until June 23 to drop 150 Euros on a black version.