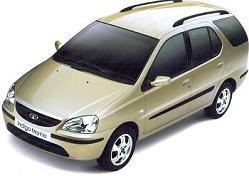 Car payments getting you down? Maybe you should move to India. Indian carmaker Tata Motors is going to build a five seater car that they will sell for 100,000 rupees. That’s $2,200. They are building a $220 million factory in West Bengal in hopes of having the new car on the market within two years. The new production could create up to 10,000 new jobs. They must be intending to sell a whole lot of the cars to justify building that factory for a car at that price.

Tata is not letting us know how many cars they will be producing, or whether they will be exporting them (though I can’t imagine that a car at that cost passing safety or emissions tests anywhere in the world that actually tests those things). The company has also not released a name. Tata has exported some low cost vehicles to places including the UK, but they are definitely known for low cost more than quality.