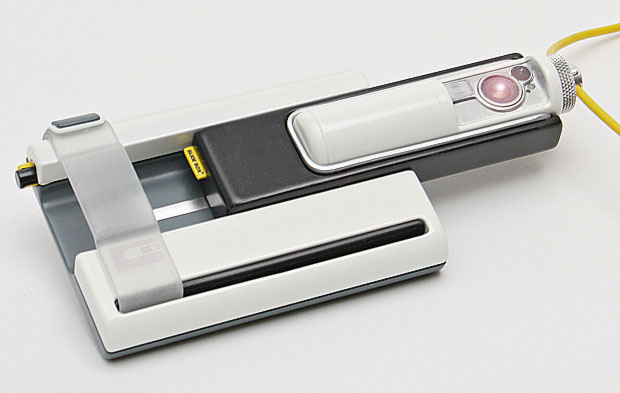 Jessica Nebel recently came up with an interesting take on digital photography. We’ve gotten too used to having a camera as a single unit these days, I guess, so that’s why she decided to break the mould, and create a camera that splits in half. She calls it the “Slide Box”.

The lens portion, on a fat pen-like stick, can easily be removed and placed anywhere. They even mention attaching it to “another object by an elastic band”. The main unit provides a color monitor and acts as a remote control device for the picture taker (read: wireless, thank goodness).

When put together, it doesn’t look like the smallest snapshot capturer on the market, but bear in mind that this is still in the concept stage and substantial changes can still be made. Personally, I like it, especially for its application of taking group pictures without forcing someone to sit out.