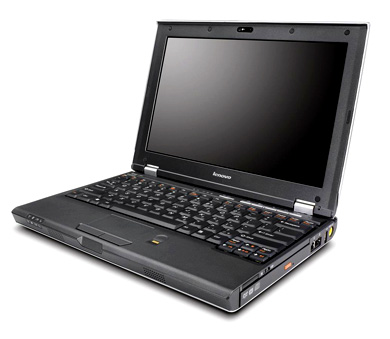 Appearances can be a little deceiving sometimes, because based on pictures alone, the Lenovo V100 looks to be a bit on the porky side. Not so, it seems, because it’s being marketed as an “ultraportable notebook” with a 12.1-inch screen. The display features VibrantView technology and WXGA (widescreen) resolution.

Standard stuff includes three USB 2.0 ports, a FireWire port, a 5-in-1 memory car reader and built-in Bluetooth, though you’ll have to opt for a higher end model if you want to get an integrated 1.3 megapixel camera or fingerprint sensor.

We should be expecting these to drop early next month, with prices starting right around $1000 for the base model.