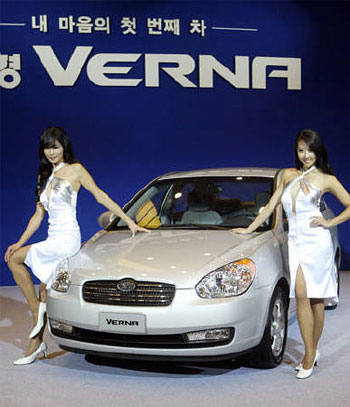 Hybrids may be all the rage these days, and sales are going well for the companies marketing them, but fans of Kia and Hyundai will have to wait longer than expected for hybrids with those badges on the hood. Plans initially were for both brands to go into production in late 2007. The cars will be delayed by at least a year. Both the Verna and the Pride will now not be available until at least 2009.

The reason for the delay is simple. “The cars are not marketable in their current form,” a company spokesman said. “We have technologies. But how can we sell those by bearing the risk of operating losses?” Hyundai Motor has been providing the hybrid cars to government ministries in Korea as a test since 2004, but the additional cost of the vehicles and ongoing problems in performance make them not worth the risk of marketing yet.