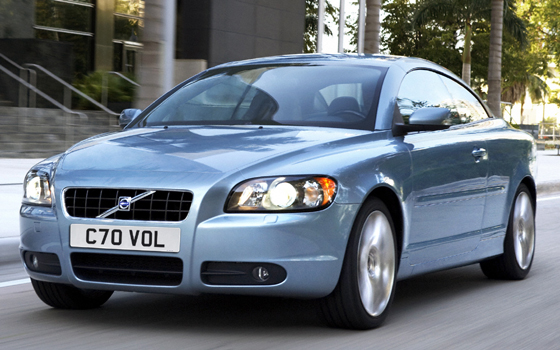 As you may already know, diesel-powered vehicles are much more popular over in Europe than they are here in North America. If only we could dispel the misconception that diesel engines are too loud and “smelly”, we could start to realize the potential fuel savings. After all, the new Volvo C70 D5 should be capable of 40 miles per gallon, and yes, it’s powered by diesel.

It’s not every day that you see a convertible Volvo – it just isn’t part of the image that most people conjure up in relation to the brand – but the C70 is quite the attractive city cruiser. Not too many deets have been released at this time, though we do know that it will be powered by a 2.4-litre five-cylinder turbodiesel engine capable of 178hp.

Much like the other C70 models in Volvo’s lineup, they will be offering Sport, SE and Lux trims for the diesel version, with prices starting in the £27,000 range when they go on sale this August.