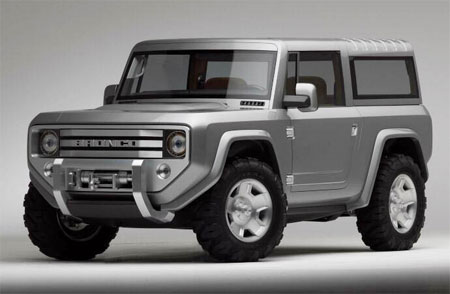 Okay, I’m going to hold back and avoid all the snide comments related to a certain ex-football player, his wild goose chase on the highway, and ensuing “when does this end” trial. I’m content with leaving the past in the past, and focusing on the car itself.

Ford is planning a new, more compact Bronco in the future, that just might be designed to gobble up the other little cars on the market that “lack aggressiveness and presence”. At least that what Global Insight analyst John Wolkonowicz was telling the Chicago Tribune.

Word is that this Element-esque looking boxy beast of a Bronco, while still in concept stages today, is being worked on by a team of engineers to gear up for a 2009 model year release, in addition to “an aggressive compact hatchback.”