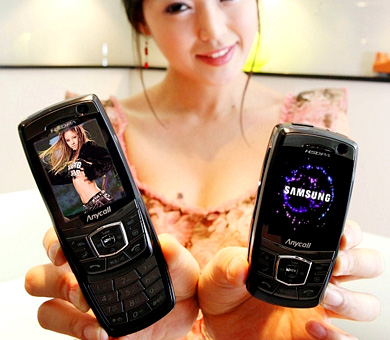 South Korea has moved even further ahead of the rest of the world when it comes to mobile data transmission and wireless networks. While everyone else is still scrambling to get effective 3G networks in place, Korea has become the first country to have a working commercial 3G+ HSDPA (High Speed Data Packet Access) network. SK Telecom has rolled out the network in 25 cities across the country. They hope to sign up 300,000 subscribers to the new service by the end of the year.

HSDPA offers a maximum downlink speed of 14.4 Mbps, though it will not perform at that rate to begin with. The speed targets include 3.6Mbps in early 2007, 7.2Mbps by sometime later in 2007, and the full 14.4Mbps in 2008. SK Telecom has currently announced one phone, the Samsung W200, which will provide downlink speeds of 1.8Mbps. They will release four or five more HSDPA phones by the end of the year, starting with an LG offering in June.