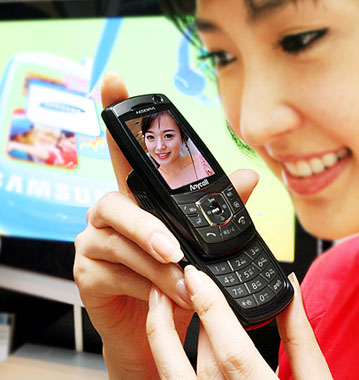 Samsung has begun shipping the first Super 3G HSDPA network-ready phone. The move comes on the same day that SK Telecom announced that they have converted their CMDA2000 network to HSDPA in South Korea, making the fast data network available to subscribers in 25 cities. It is the first commercial HSDPA network in the world.

The new Samsung phone, the SCH-W200, will allow downlink speeds up to 1.8Mbps. The phone will also support satellite DMB TV. It has a 2.12 inch, 240 x 320 pixel display. It has stereo speakers which are made more usable by a digital power amplifier. It has a 2 megapixel camera, and a TV output connector.