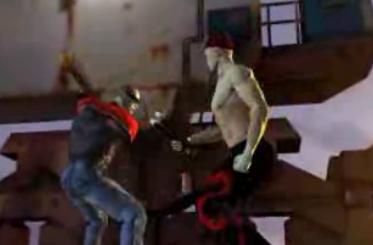 Games designed for mobile phones certainly have come a long way since the days of Snake on that old school Nokia handset. Now that most phones come powered with Java or even Flash capabilities, we’re starting to see graphics capabilities that, some may say, exceed those found on some of our older video game consoles, like the Super Nintendo or Sega Genesis.

Nokia is at it again, innovating the mobile gaming industry. A demo has just been released to showcase just how powerful the new N93 super clamshell is. The video – which you can view below, courtesy of Siliconera – shows off a 3D Tekken-like fighting game complete with “fluid CG animation and beautiful light effects”. This is not just another pre-fabbed PR video that they’re spewing out either, because it is said that this footage is being generated in real-time and are actual in-game graphics.

Personally, I’m quite impressed and would put this title – based on looks alone – on par with say those found on the original PSone.