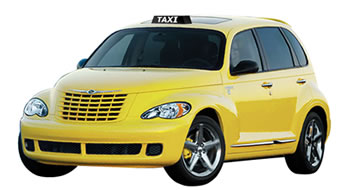 Cabbies in New York City are still going to be rude and drive like maniacs, but some of their cabs may soon be quieter and much more friendly to the environment. Hybrid Technologies has proposed that the NY City Council adopt some lithium-ion powered electric PT Cruisers for their taxi fleet. A 600 pound 320V battery pack can stand up to 1,500 charges and provides a range of 150 miles on a charge. A typical cab travels about 180 miles in a day. The battery can be fully charged in about six hours.

The economics of the PT Cruiser electric cabs may be a bit of a challenge. The cars are expected to cost between $50,000 and $75,000, which is obviously significantly more than a regular cab. A cab averages 100,000 miles per year. Assuming 20 miles per gallon for a current cab (probably optimistic for a Crown Vic), and gas at $3 per gallon, the electric cars would save $15,000 per year. (That’s not factoring in the cost of the electricity) At that rate it would take a long time to realize savings from the new cars. That means that the city would likely have to provide some sort of incentive to make the new vehicles worthwhile for cab companies. One incentive could be the knowledge of fresh air to come, who can turn that down, especially in NYC.