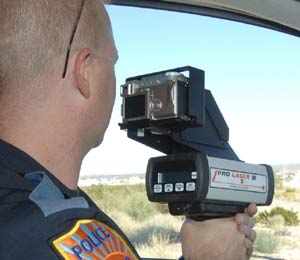 While the rest of the nation may be gearing up for the summer to crack down on speeders, drunk drivers, and the like, the state of Texas is taking a slightly different approach to the problem. Instead of upping the police force and the supply of radar guns, they’ve mulled over the possibility of raising the speed limit on two major interstates that run through the Lone Star State.

Carlos Lopez, director of traffic operations for Texas, said that according to a recent study, 85% of drivers on the said highways was 79mph. In this way, they were considering raising the speed limit from 75mph to 80mph. There seems to be a “natural safe speed”, some have said, that drivers seem to gravitate toward.

Having a lower speed limit on the roads do not make them any safer to drive on: “Just putting up a lower number on the highway isn’t going to slow down traffic,” said Lopez, and by raising the limits, the state can save a few bucks in the logistical costs of issuing tickets.