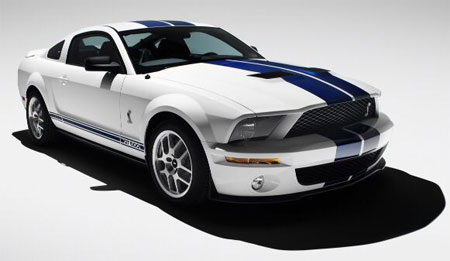 The Ford Shelby GT500 won’t hit dealers’ showrooms until this summer but the demand is already driving prices up. Ford recently increased the production of the cars up to 9,000 because of a high demand.

The company has been discouraging their retailers from marking the price up about the as-yet-unannounced suggested retail price, and hoped that the increased supply would undermine efforts to gouge the buying public by marking up the price.

The practice of dealers selling cars for well over the suggested retail price is far from unprecedented. Most recently, Pontiac dealers were selling the Solstice for between $5,000 and $10,000 over the MSRP.