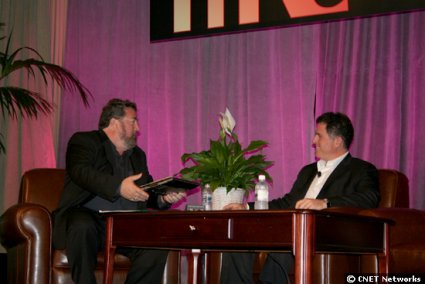 The details are still a little sketchy at this point, as in almost non-existent, but in an on-stage conversation at the Future in Review conference yesterday, Michael Dell blurted out that we should be expecting yet an ultra-lightweight 12-inch Latitude notebook; the D420.

The expectation is that this will be the latest in a long line of Core Duo laptops that the company has thus far released – the D520, D620, and D820 – as well as many more to come. We do know that the D420 will come with 3G data, but outside of that, your guess is probably as good as mine. Chances are it will have integrated Wi-Fi, some form of a DVD burner, and be featured as yet another “Dell Deal”.

In related news, Michael Dell also mentioned that the company is planning on doubling its staff in India from 10,000 to 20,000 over the next three years. As you are probably already aware, this is likely not for manufacturing purposes but rather for those wonderful customer service reps with thick accents.