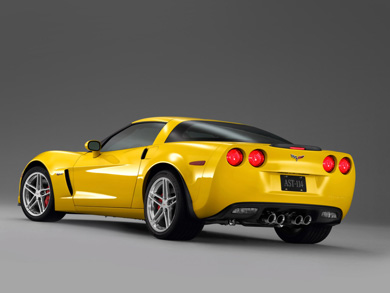 Jeremy Clarkson of Top Gear recently had the opportunity to take the Chevrolet Corvette Z06 on a rip around the track, he found that it was faster than the Lamborghini Murcielago and Ferrari F430, and even coming up on par with the highly praised Ferrari 575. While ripping around the corners and opening up full throttle, he mentions that the Z06 doesn’t “feel like an American car”, and has very “controllable” brute force.

It is difficult to justify the six-figure difference in price between the Z06 and Ferrari 575, says Clarkson, despite the fact that the former may lack “sophisticated” handling. The car’s definitely got plenty of jump to it, as he puts the pedal to the metal and roars up to 175mph in 5th gear. Of course, having 505hp and 470 lbs-ft of torque doesn’t hurt.