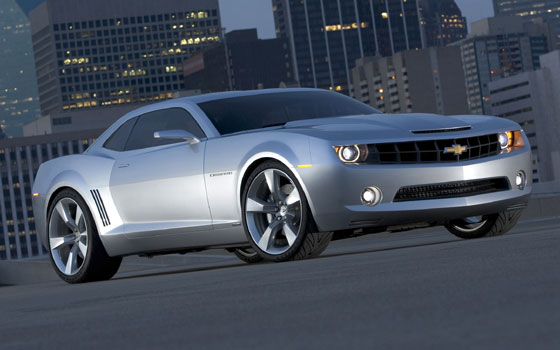 The Camaro has a long standing history that can rival the best of them, including the hugely popular Ford Mustang. Just as the Stang got its retro redesign recently, the Chevrolet Camaro received a complete overhaul and made the rounds at the latest car show season. It seems the response to the retro-styled muscle car has been nothing but positive, because the good people at General Motors are gearing up to develop the car and ready it for production.

The final specifications have yet to be released, of course, but we do know for certain that the Camaro will be based on a Holden platform from Australia; Holden is one the many companies under the General Motors umbrella. The suits of the company are fully expecting to sell north of 100,000 of these hot puppies year in and year out, so they’re more than motivated to get the show on road.

Currently, predictions have the Chevy Camaro hitting American showrooms by the end of 2008, and as with the Ford Mustang, there don’t seem to be any plans for a European model, at least for the time being.