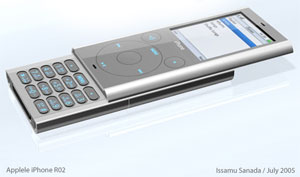 It was only late last week the rumors came about Apple and SoftBank collaborating on the much-rumored iPhone, but the denials are already popping up.

SoftBank dismissed the reports in a statement, saying that they were only guesswork and were unfounded. The report, which first appeared in Nihon Keizai Shimbun, a Japanese newspaper, said that Steve Jobs had met with SoftBank CEO Masayoshi Son, and that the two companies had agreed to jointly market the new iPod-based phone. According to the report, Apple would deliver the hardware and the iTunes capabilities while SoftBank would contribute network connectivity and other content for users. The phone was reported to be a 3G phone which would first ship in Japan before being rolled out in the U.S.

Now that SoftBank has denied their involvement, and BenQ made public speculations about the phone which proved to be incorrect, the whole situation has turned a bit bizarre. Since Apple is so secretive and no other reports seem accurate, we likely won’t know anything for sure about the iPhone until Jobs announces it to the world.