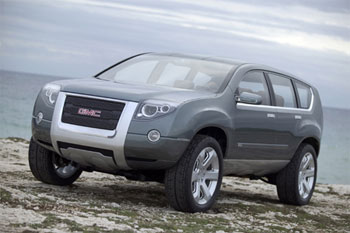 Hybrids are getting all the buzz in the car business these days, but General Motors says that they are just for ‘image’. CEO Rick Wagoner said in an interview last week that his companies and others have to compete in the hybrid market for image reasons, but that he would much rather see attention focused on ethanol and hydrogen for decreasing environmental impact of vehicles. He said that there is a natural limit to the growth of hybrid sales.

The love of ethanol is a common theme with GM these days. In March vice chairman Bob Lutz was on CNN. When speaking about E85 (fuel made up of 85% ethanol) he said “We think running the nation on E85 makes more sense than all the hybrids in the world.”

Lutz didn’t mention hydrogen, but Wagoner did. He said that the first hydrogen offerings from car companies would be ‘massive money losers’, but his company hopes to hit the market with a hydrogen car by 2010.