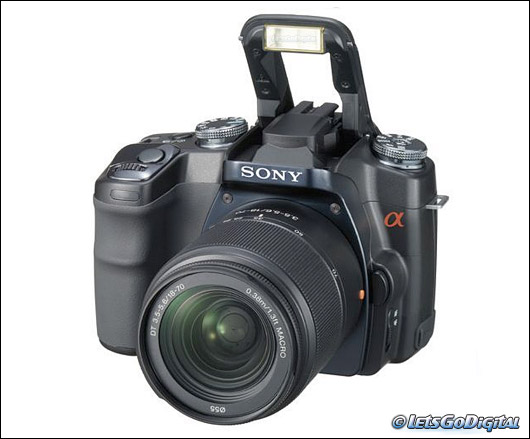 Sony has unveiled the Alpha, their latest digital SLR camera. Though Sony is relatively new to the field of SLR cameras, their collaboration with Konica Minolta, started in July of last year, has quickly brought them up to speed on the technology. The name Alpha, the first letter of the Greek alphabet, was chosen to represent a new beginning for the company.

Specific details of the camera, which will be rolled out this summer, aren’t readily available. What Sony is trumpeting, though, is the philosophy behind the new offering. They believe that the camera must exist within a greater reality of lenses and accessories. With that in mind, they will be launching 20 new lenses over a one year period beginning in the summer.

Sony is hoping to overcome its late entry in the SLR market by creating cameras of exceptional quality and technical performance. Because of these ambitious targets, it will be very interesting to see how the Alpha is received when it becomes available.