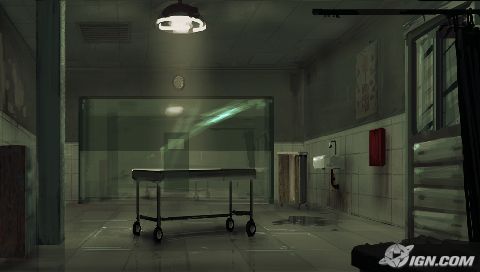 Okay, so the movie isn’t doing too well in the theatres, because, well, it isn’t that great of a film, but that shouldn’t take away from this incredible video game franchise. The Silent Hill series of games is one of the most frightening, thrilling set of titles ever released, and now we can start to understand how the eerie town came to be with Silent Hill Origins for the Sony PlayStation Portable.

As its title implies, Origins will not explain everything about the creepy town of Silent Hill, but is designed rather to give some historical context to the series. In this way, we can assume that it is a prequel of sorts, explaining how Alessa “inflicted her rage upon the town.”

In this rendition of the series, you take on the persona of Travis O’Grady, a truck driver who I suppose has lost his way and ends up wandering through dark hallways, defending himself against gruesome beasts and faceless heads on meat hooks.

Look for Silent Hill Origins for the PSP to start shipping sometime this winter, hopefully in time for the Christmas shopping season.