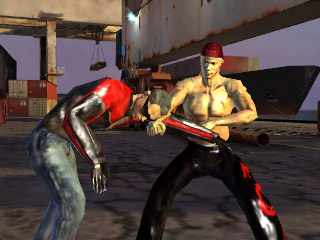 Nokia has taken the wraps off six new titles for the next generation of mobile games. Some will be more popular and addictive than others.

Creatures of the Deep is a fishing adventure with multiple storylines and destinations. ONE: Who’s Next updates the best-selling fighting game. Pocket Aces: Texas Hold’em is single- and multiplayer poker featuring 3D avatars. Pro Series Golf allows you to play as one of six pro golfers at some of the world’s most famous courses. Space Impact gives you the chance to command a Skyblade space fighter in an extended space war. System Rush: Evolution is another sequel, this one to the familiar hacker-space epic.

All games were shown off at E3 and will be available soon.